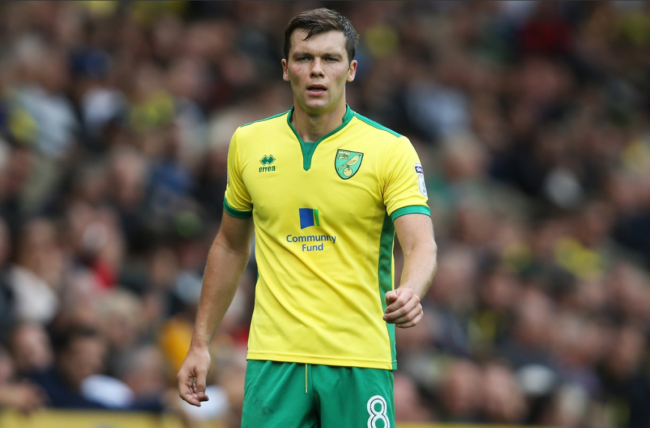 Norwich brought Nottingham Forest’s mini-upturn to an abrupt end with a brutal 5-1 evisceration at Carrow Road on Saturday afternoon.

The Canaries came flying out of the traps and quickly overwhelmed Forest with an attacking onslaught that seemed to last all game.

Indeed, Jonny Howson was the man to open the floodgates with just 10 minutes on the clock, thundering home an audacious volley from 25 yards…

Josh Murphy added a second shortly thereafter before Wes Hoolahan made it three in the 18th minute with yet another bold effort from distance.

Looking up and seeing Stephen Henderson creeping forth from his line, the Irish maestro spanked one in from from downtown…

What a hit! 😮 @FAIreland international and @NorwichCityFC‘s Wes Hoolahan spots the goalkeeper off his line and produces a stunning finish. pic.twitter.com/qXSXguUIxD

Alex Pritchard then added another handsome brace for Norwich to bump up the goal count, while Ross McCormack, on for his debut, dinked home a decent consolation for Forest – not that it mattered in the slightest.

Getting torn asunder to the tune of 5-1 is never an easy thing to take, but sometimes you’ve just got to sit back an applaud the victors.

Fair play Norwich – you did it in style.