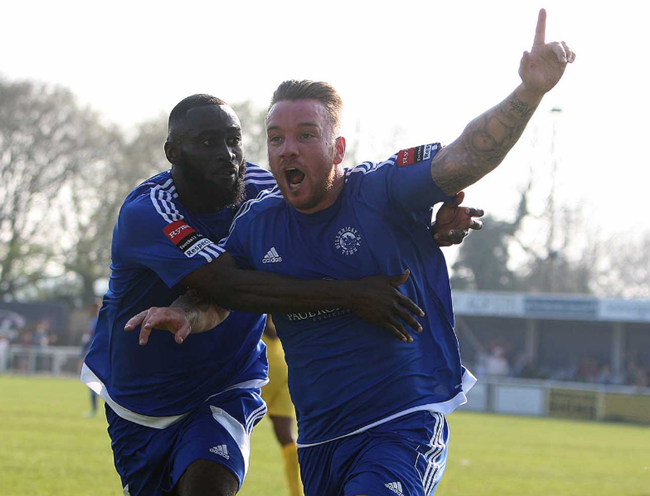 Jamie O’Hara scored a rather splendid overhead kick in the Ryman Premier League over the weekend though sadly it wasn’t enough to prevent his Billericay Town team falling to a 4-2 defeat against Enfield Town.

Having seen his top-flight career curtailed by a succession of injuries, the former Tottenham, Portsmouth and Wolves midfielder is now keeping his eye in down at Billericay, where he plays alongside fellow ex-Premier League icon Paul Konchesky.

Indeed, after coming on at half-time, O’Hara opened his goalscoring account for the Blues with an acrobatic effort in the 57th minute that temporarily levelled the score at 2-2…

Not bad, not bad at all.

Though how O’Hara is still only 30 is a mystery to us.