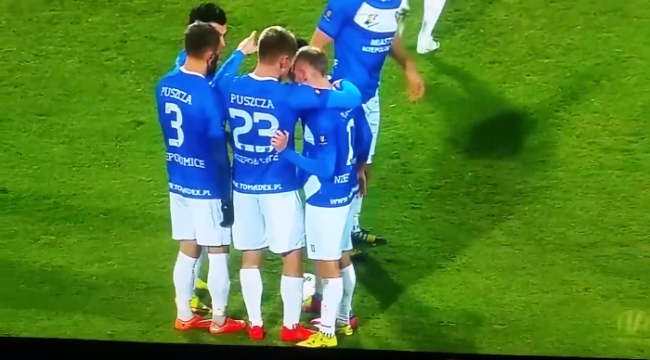 The Puszcza Niepolomice brains trust, in their element…

Concerned about leaving their defence so exposed having won an attacking freekick so far up the pitch, several Puszcza Niepolomice players got their heads together and decided to play it safe.

Indeed, during a Polish Cup quarter-final tie against Pogon Szczecin last season, the Puszcza set-piece special committee decided the best course of action was to concede possession in the most efficient manner possible to allow themselves to get back and assume their defensive positions…

It should come as no surprise whatsoever that Puszcza went on to lose 2-0 to Pogon, who in turn got whupped 4-0 by Lech Poznan in the semis.