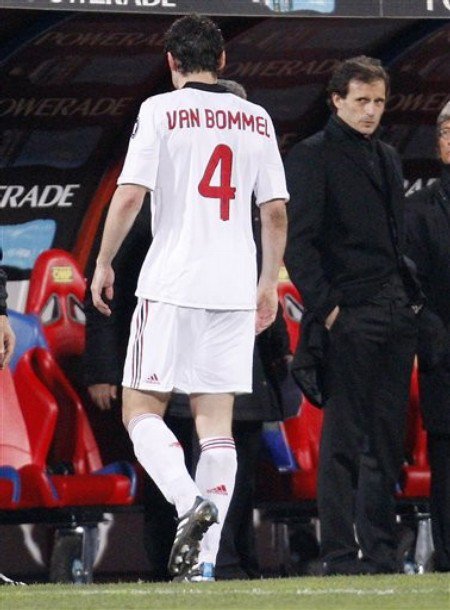 Van Bommel: it couldn’t happen to a nicer bloke. Milan gaffer Allegri is not impressed

News to warm all our hearts: Marc Van Bommel was sent off on his debut for Milan in Serie A, against Catania.

After the game, which Milan won 2-0 (the red card was not too costly) Milan head coach Massimiliano Allegri said Van Bommel will have to learn to adapt to Italian football.

“Van Bommel needs to be more cunning but it’s only his second game,” Allegri said.

“You don’t get booked for fouls like that in Germany but he’s inclined to go in hard.”

Cunning. Is there a more appropriate word to describe Italian football?