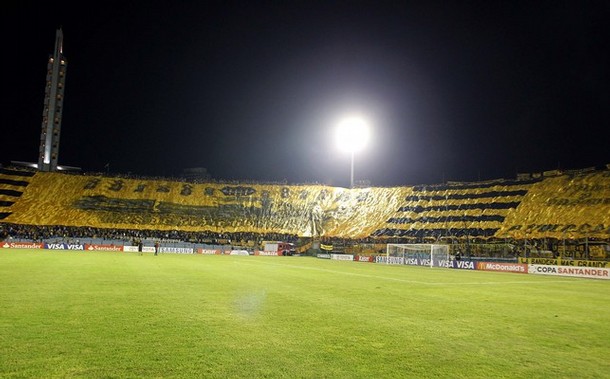 Turns out that the supporters of Uruguayan club Penarol actually made good on their promise to roll out the largest stadium banner in history, unfurling the 310 x 48 meter (1017 x 157 feet) beast before their Copa Libertadores game against Independiente on Tuesday evening.

The 15,000(ish) square meter banner, which was produced to celebrate Penarol’s 120th anniversary, took over four months and $33,500 to make, covered nearly two stands in the club’s Centenario Stadium once it was fully unravelled…

As well as the vast amounts of man hours and money involved, stitching together that monster must have taken some serious dedication to the cause.