The Colorado Rapids got tanked 4-1 on Sunday evening by Colombus Crew but any hangover caused by the heavy defeat was quickly Alka-Seltzer’ed the following day as the newly-crowned MLS champions were presented with their title by President Barack Obama at the White House no less.

After conscientiously abstaining from attempting to pronounce captain Pablo Mastroeni’s name, instead referring to him as ‘Pablo the Captain’, Obama then quipped:

“This team has obviously overcome quite a few cultural differences — this is like a mini United Nations right here. You’ve got players from Argentina, England, France, Ireland, Jamaica, Japan, Scotland and Senegal.

“In fact, I heard that the night before the championship, Kosuke Kimura, I understand that he made a very inspiring speech to the team, but it was in Japanese, so nobody really understood what he was saying. But it was really inspirational.”

For his troubles, the Pres was then presented with his very own No. 10 Rapids jersey… 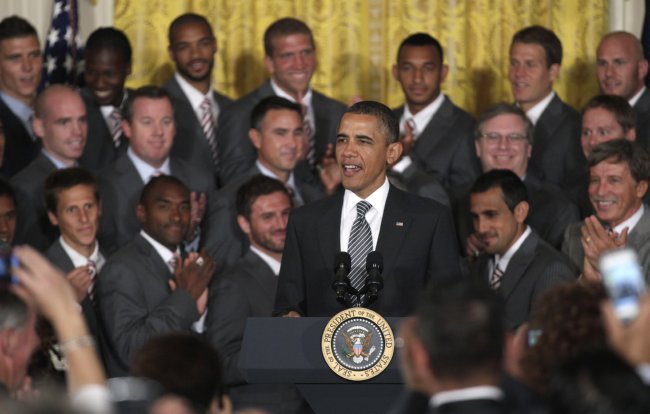 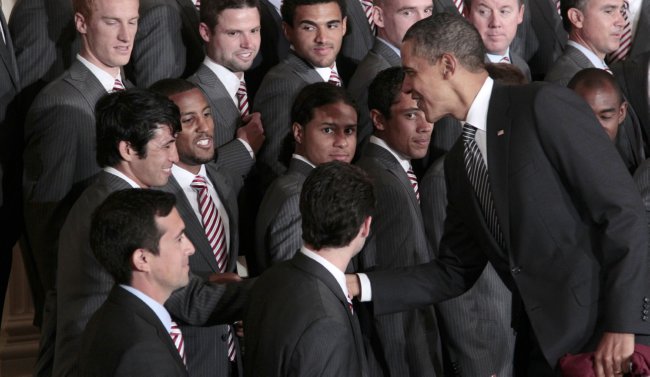 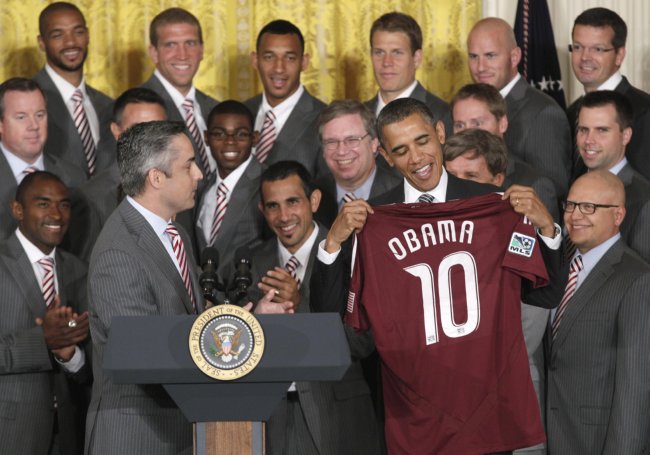 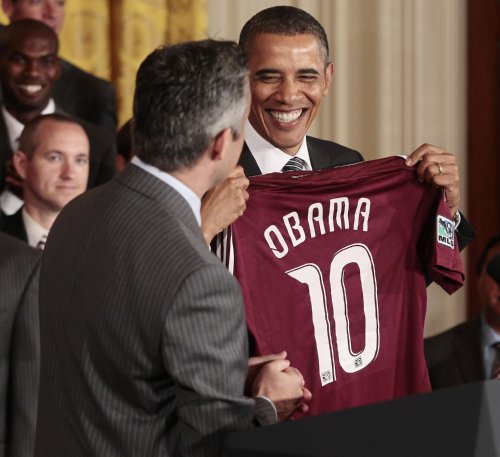