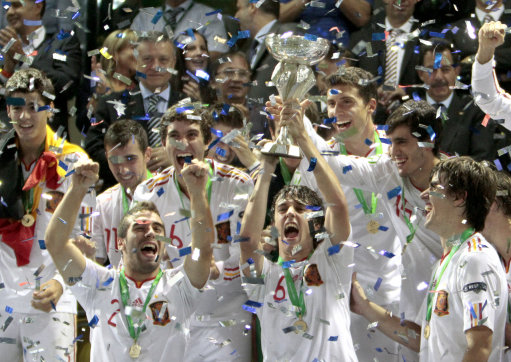 As you may be aware, Spain are current World Champions, European Champions, U21 European Champions and, as of last night, U19 European Champions to boot – with La Roja eventually seeing off their Czech counterparts, winning 3-2 after extra-time (Valencia’s Paco Alcacer stroked home the winner in the 115th minute) in Romania yesterday evening to claim the title for the fifth time…

For good measure, the Spanish urchins are also favourites to win the U20 World Cup that’s rumbling along in Colombia at the moment – whooping Costa Rica 4-1 in their opening game.