Bundesliga side Hoffenheim have reprimanded one of their employees after he allegedly rigged up a loud speaker under the away stand to drown out Borussia Dortmund fan’s derogatory chants about the club’s money man, Deitmar Hopp, with a high-pitched siren.

According to the AP news wire, after initially claiming a fan was responsible, Hoffenheim changed their tack and accused an anonymous member of their groundstaff for producing the wail as, unbeknownst to the club, ‘Johnny McLoudnoise’ had placed speakers strategically under the visiting fans’ block after sneaking them into the stadium before the game… 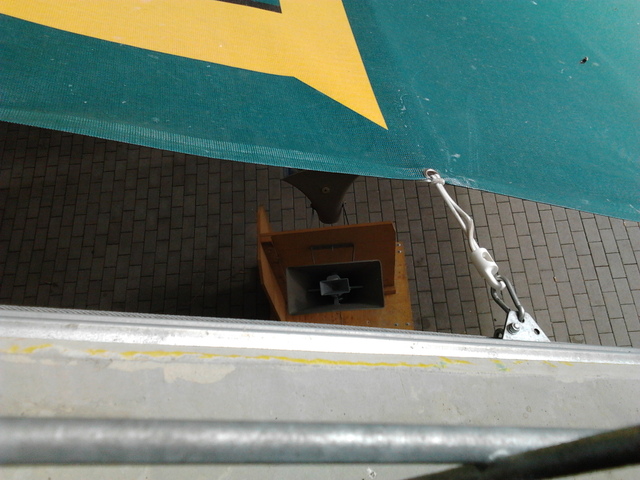 …looks like the kind of speaker rig that you could easily sneak through a turnstile doesn’t it?

The German club (who, incidentally, won the game 1-0) have now vowed to take ‘appropriate legal and disciplinary action’ against the employee in cooperation with the Heidelberg police.