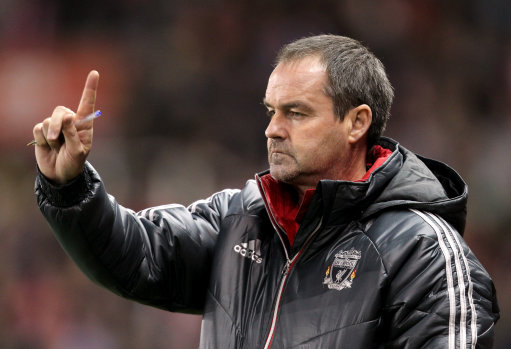 Holy God, will this managerial merry-go-round ever stop? Hot on the heels of Chris Hughton going to Norwich (to replace Paul Lambert who went to Aston Villa), Scottish coach Steve Clarke has been unveiled as West Brom’s new boss, replacing England’s main man Roy Hodgson. On taking the job, he said:

“Becoming a head coach in my own right has always been an ambition of mine and I feel I have served my apprenticeship.”

“I’ve done everything I could as an assistant. I’m absolutely delighted to be given this opportunity.”

“I’m delighted West Brom have given me the chance to make that progression and I’m determined to make the most of it.”

Clarke has a rather impressive CV, assisting, amongst others, Jose Mourinho at Chelsea, Bobby Robson at Newcastle, and, more recently, Kenny Dalglish with Liverpool.

The 48-year-old started his playing career with St. Mirren in 1982 before moving to Stamford Bridge in 1987, where he made over 300 appearances.

Clarke now takes over as ‘head coach’ (why can’t they just call the role ‘manager’?) at the Hawthorns, hoping to build on Hodgson’s success which saw the Baggies finish in an impressive 10th place last season.