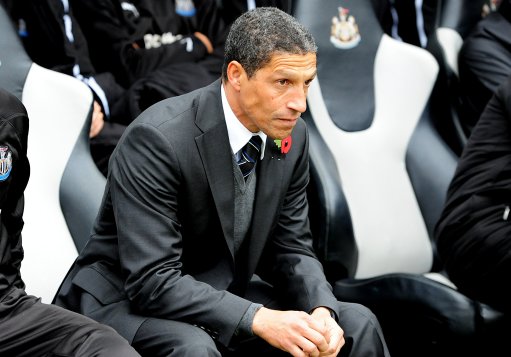 Word reaching Pies this morning is that West Brom are all but set to swear in Chris Hughton as Roberto Di Matteo’s replacement later today, after the former Newcastle boss held talks with the Baggies’ board last night.

The Birmingham Mail are also reporting that an unidentified ‘hitch’ brought a premature halt to the negotiations, but that all parties are hopeful of ironing out any kinks by this evening.

In Hughton it looks like West Brom are making an excellent choice by plumping for a sound young manager, who has proven himself to be adept at quietly moulding struggling/relegated teams into stronger units.

Hughton could just prove to be the difference between playing Premier League and Championship football next season for Albion, even if their dismissal of Di Matteo (and his bountiful eyebrows) was airing slightly on the ‘hasty’ side for some tastes.