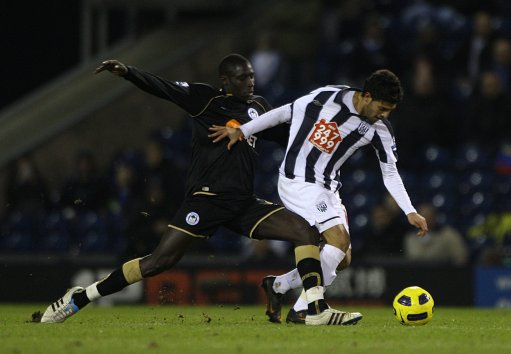 West Brom sporting and technical director Dan Ashworth has revealed that the Premier League stragglers made 29, count ’em, 29 bids to sign a striker on loan during January – with Carlos Vela’s temporary switch from Arsenal the only deal to eventually bear fruit.

“I understand, I get frustrated as well. I don’t think anyone is more passionate than I am or the staff at the club. We’re desperate to succeed.

“As the chairman stated, January is basically for topping up, and we haven’t historically done a great deal in January. But January is very, very difficult.”

“We were unfortunate not to get John Carew in the end, but it wasn’t through lack of trying and not being willing to pay what people wanted us to pay. He made a decision at the end of the day to go to Stoke City and I respect that.”

“We didn’t sit on our backsides and do nothing through the window. We actually made bids on 29 strikers in January to take on loan.

“Some aren’t available, some had work permit issues, two were not medically fit to come so we pulled out, and two moved within their countries because they didn’t want to move their families. It’s a long drawn-out process.”

Cripes, that’s almost one for every day of the month. Apparently the Baggies got so desperate that they even resorted to gaving Marlon Harewood’s agent a call – the poor buggers.