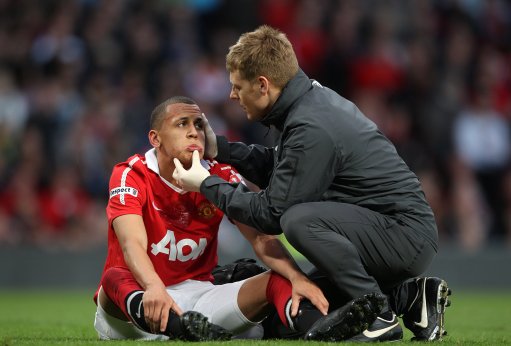 The 19-year-old has been charged by the FA over a homophobic Tweet he sent early this month. The offending Tweet went as follows:

“crack head ? Go suck out u little f*ggot your a guy that talks if u see me you try slap me I’m in manchester every week.”

Morrison claims that his Tweet was written in response to racist Tweets he himself had received from Man Utd fans. However, once again, a footballer has failed to grasp the implications of using Twitter in, at best, a very silly way.

In a statement on their website, The FA said:

“West Ham United’s Ravel Morrison has been charged under FA Rule E3 for use of abusive and/or insulting words including a reference to a person’s sexual orientation.”

Fair dues to The FA for finally starting to treat homophobia with the same level of seriousness  as it treats racism. Finally football is starting to grasp that homophobic comments like Morrison’s are not “banter”, but simply abuse.

As for Morrison, he has until 1600 GMT on February 17 to respond to the charge.