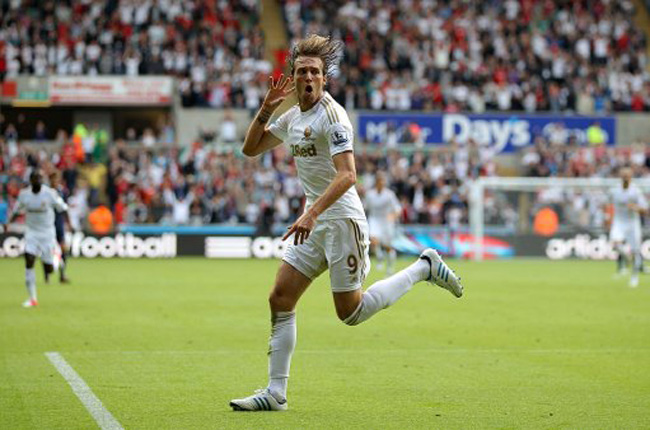 On 20 minutes, Angel Rangel got the Hammers’ defence in a tangle, firing home under Jussi Jaaskelainen. Then, just nine minutes later, an utterly dreadful attempt at a back-pass from James Collins allowed another Spaniard, the lanky schemer Michu, to prod home to make it 2-0.

Big Kev Nolan did his best to break up the Swans’ stylish football, aiming a few kicks hither and dither, but ultimately the east Londoners were outplayed by the home side.

After the break, Danny Graham had a great chance to make it 3-0, but he pushed his shot wide with only the ‘keeper to beat. Although he did eventually get his goal, after great play from Wayne Routledge.

Swansea make it two wins out of two, bagging eight goals in the process. As for West Ham, big Sam has a lot of work to do.