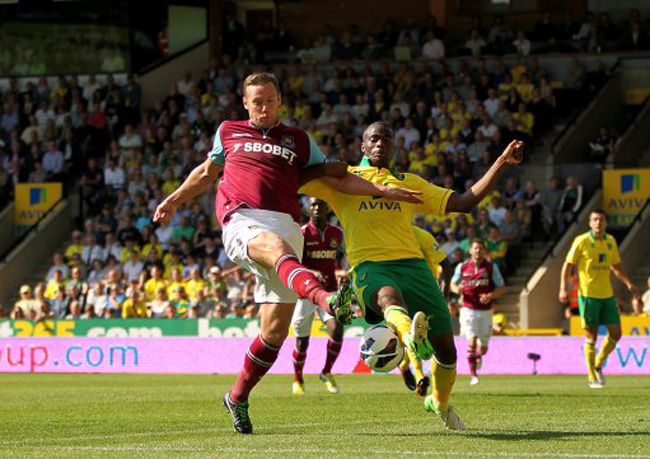 Not the greatest of contests here at Carrow Road, to be honest, with neither side able to get on the scoresheet.

Norwich ‘keeper John Ruddy was forced into a few good saves as Sam Allardyce’s men pushed for an opener, but ultimately the game would end in stalemate as neither side had the requisite spark to edge ahead.

The Hammers will see it as a decent away point while Chris Hughton’s Canaries are still looking for their first win of the new campaign.