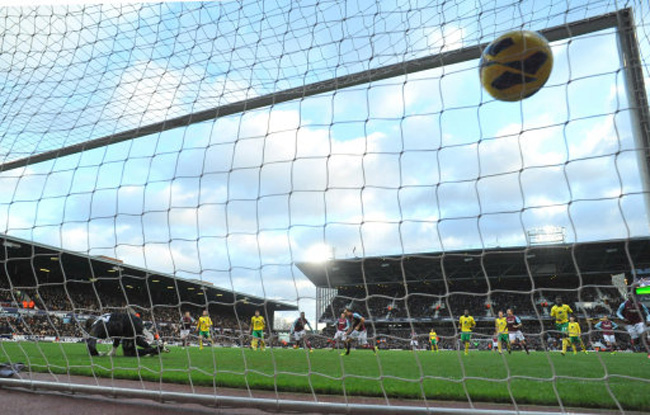 You see it every game, a big defender grabbing hold of an opponent’s shirt in the box at a set-piece, yet rarely it is penalised. Although in my view it always should be. Anyway, at Upton Park on Tuesday, Mark Clattenburg decided to penalise such a foul, awarding the Hammers a spot-kick after just three minutes when Ryan Bennett grappled with Winston Reid. Mark Noble converted the spot-kick and it was game on.

The Canaries did their best to get back into the game and almost levelled the scores when Robert Snodgrass hit the post with a free-kick effort. However, on the half-hour mark it was the Hammers who would score again, courtesy of defender Joey O’Brien.

After the break, the home side looked comfortable although a goal at the death from Russell Martin (his third in two games) made the Hammers’ nerves jangle until the final whistle.

The result sees Big Sam’s charges go 11th while Chris Hughton’s Canaries are one place and one point below.