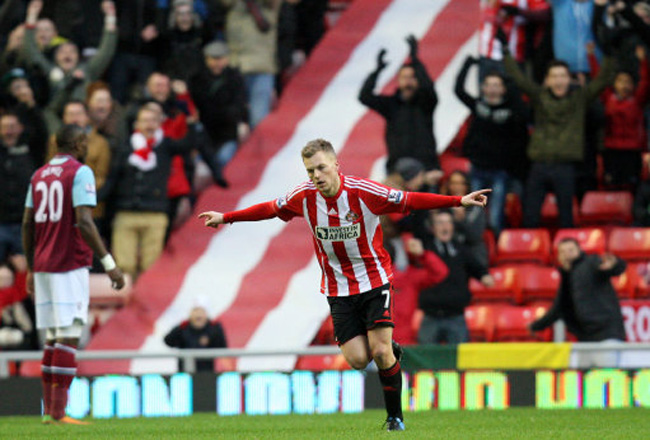 Former Arsenal midfielder Seb Larsson scored a beaut of a goal against West Ham on Saturday, a superb long-range effort which set the tone for a well-deserved Sunderland win.

The Swede’s thunderbolt came after just 12 minutes as the home side dominated against a lacklustre West Ham side sorely missing the injured Mark Noble.

The Hammers failed to threaten the Sunderland goal in the first period, while it was the Black Cats who would score again after the break, courtesy of a goal from Adam Johnson after a right balls-up from Dan Potts. Sam Allardyce brought on new loan-signing Marouane Chamakh to kickstart his side’s awful afternoon but it was Sunderland who would score again, with James McClean netting from a tricky angle.

The win sees Martin O’Neill’s charges now six points clear of the drop-zone while West Ham are a point ahead in 11th place.