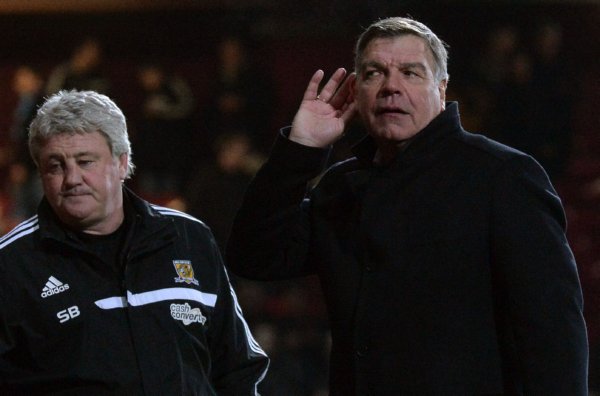 Despite winning the game 2-1, West Ham fans vociferously booed their side as they plodded to a victory against ten-man Hull City last night – a result that was by no means easy on the eye but still managed to hoist the Hammers into 11th place in the table, some nine points above the dotted line of doom with seven games left to play.

Now, it must be said that West Ham did have to rely on a slapstick own-goal from Hull’s James Chester to secure themselves the three points, but the Hammers’ fans negative reaction to their side’s slightly stagnant performance left Sam Allardyce, a brass-tacks manager whose only real concern is the “end” rather than the “means”, utterly perplexed.

An incredulous Allardyce, speaking at his post-match press conference, said:

“We got a little nervous because our fans decided they weren’t going to get behind us which really surprised me. We were winning at half-time and one or two weren’t happy.

“I can’t quite believe it. I started (as a footballer) at 16, got into the first team at 18 and I’m 59 now and I have never been in place where we have won and got booed.

“At half-time, the players were talking more about fans booing them than the game. I had to make sure they kept focused on the field.

“Fans affect players. We don’t need them on the players’ backs when we are coming off three defeats. They have to stay and help them win.”

One the one hand, it’s finally happened; football fans, speaking in generalities, have become so short-termist, reactionary and self-entitled that they’re actually booing victories now!

On the other hand, West Ham really were the square root of turgid against Hull. It would appear that Big Sam’s lumpy stock-in-trade is beginning to grate once again.

From a paying punter’s point of view, we reckon we’d be more than a little hacked off having to sit through that dreck too.