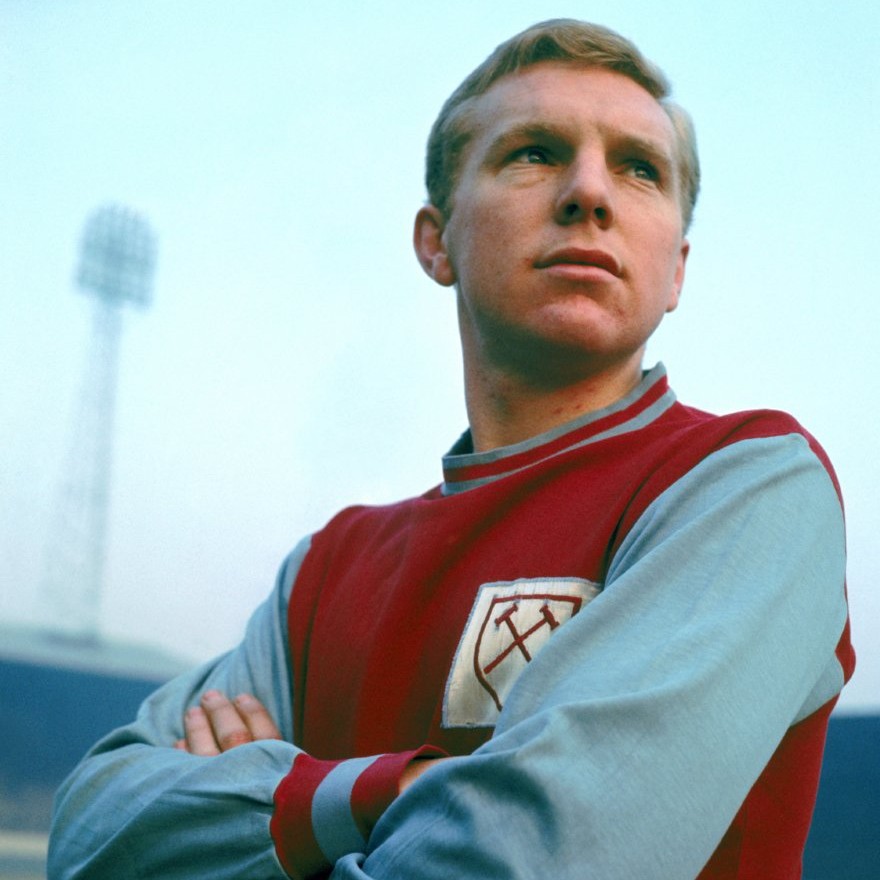 West Ham fans checking the programme for the line-up against Manchester United at Upton Park on 8th September 1958 would have noticed regular No.6 Malcolm Allison had been replaced by a 17-year-old defender by the name of Robert Frederick Chelsea Moore.

Any misgivings about that slightly errant middle name were soon dispelled, as the debutant went on to become one of the club’s, and the game’s, greatest players.

Bobby Moore went on to play 544 league games for the Hammers, before moving to Fulham in 1974. He also made 108 appearances for England and is still acknowledged as one of the greatest defenders of all time.

Moore was born in Barking and went to school in Leytonstone. He joined The Irons in 1956, aged 15, and was mentored by the very same Malcolm Allison he replaced in the starting line-up against United.

Ironically, he stepped in to the first team when Allison was laid low with tuberculosis and Allison never played another first team game. West Ham ran out 3-2 winners on the day.

Moore wasn’t the quickest or the best in the air, but it was his ability to read the game and to lead his team impeccably that marked him out.

He could also time a tackle with the very best of them, and his immaculately-executed intervention to stop a rampaging Jairzinho at the 1970 World Cup still draws gasps of admiration and appreciation.