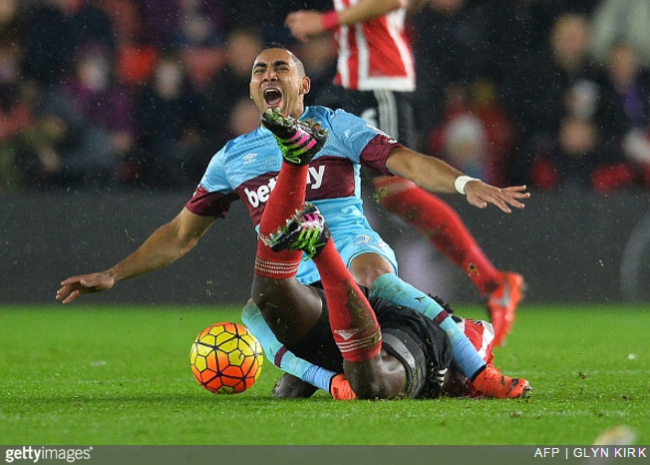 With Southampton nursing a slim 1-0 lead at the time, Victor Wanyama went and made his teammates’ collective afternoon all the more difficult by picking up his third red card of the season in the 55th minute against West Ham for taking a reckless swipe at Dimitri Payet.

Having opened the scoring in the early knockings of the match, Maya Yoshida saw his work load doubled when Wanyama went thundering in on Payet and, as such, is seeking amends from the Kenyan midfielder – specifically in the form of expensive, gunky and saccharine-sweet dough treats.

After Victor was sent off it was a really tough last 20 minutes but there was great team spirit to keep the three points.

The decision was a little bit tough I think, he probably deserved a yellow card.

Victor has to pay us back now, maybe some Krispy Kreme doughnuts for the players.

Maybe the club nutritionist might want to have a word with Wanyama about his discipline, especially if he’s paying off his red cards with doughnuts every time.