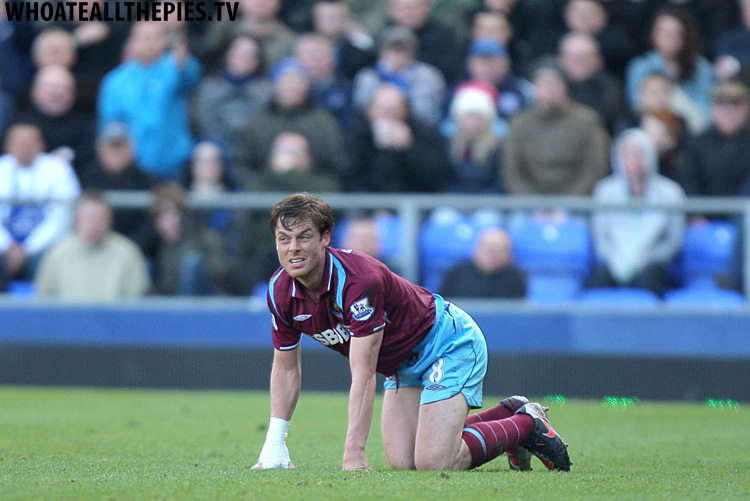 Scott Parker has been in blinding form in 2009-10, and the calls for his World Cup selection are getting louder. West Ham keeper Rob Green is the latest to sing Parker’s praises:

“Personally, I would love him to go [to South Africa],” Green said. “You look at the strength and depth of England’s midfield and you are looking at players of quality. If he doesn’t go then you know everybody else is flying.”

Parker still holds out hope of making the England 23 but realistically he is resigned to missing out, having only been called up once by Fabio Capello.

“I think if I had a chance to go to South Africa I would have been called into the squad more than I have so it is obviously against me a bit,” Parker said.

“All I can do is play well for West Ham and if I can keep producing the performances I am producing then hopefully it would be enough. If it happens it will be great and I will be raring to go but I think it is a big ask.”

Like many people, I’m a big fan of Parker. He’s a terrific homegrown Premier League midfielder, the sort of committed player who is perfect for a relegation scrap. I’m not sure he’s quite the player England needs at the World Cup though. What do you think? Would Parker make your final squad?