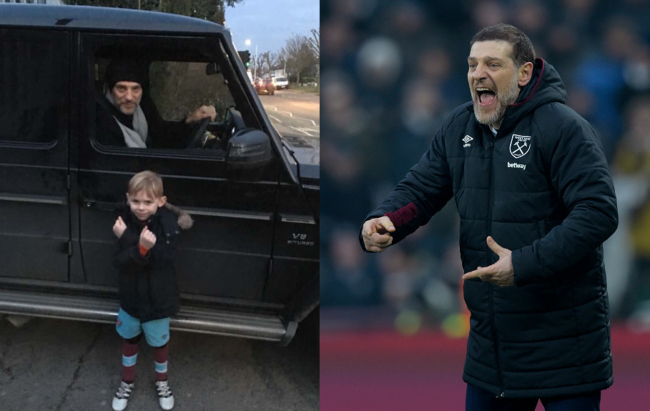 While he may be the gravel-voiced scourge of pitchside microphones everywhere, deep down Slaven Bilic is actually a big old softieboots.

Case in point being this lovely little yarn, as regaled by West Ham fan Matt Hill.

Defying the freezing temperatures, Matt spent a recent evening waiting patiently outside the Hammers’ training ground so his young son Alf could get a photo with his favourite player, Andy Carroll.

On his way out of the carpark, Bilic pulled over and broke the bad news that Carroll wouldn’t be emerging for a while as he was staying behind to do some extra fitness work.

However, rather than make a beeline home, Bilic instead invited Alf into his car and drove back to the gym so the wee nipper could meet his idol in person.

Long story short, Alf ended up with his photo after all…

@WestHamUtd what a man you have in charge. His act of kindness should be recognised for what he did for my son yesterday. #WHUFC #SUPERSLAV pic.twitter.com/cx02brYc75