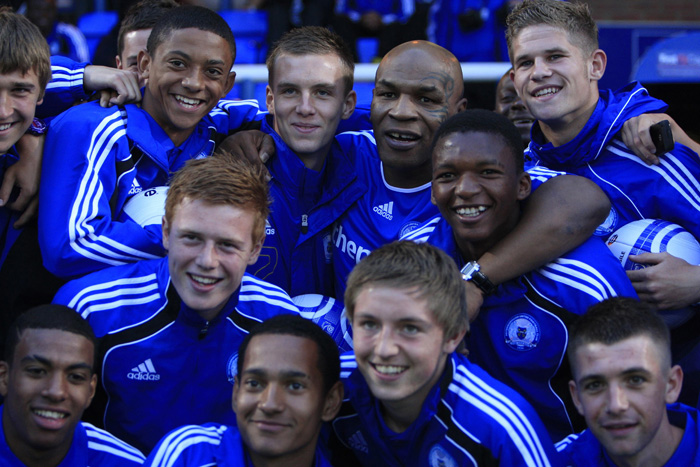 Who should stroll out at half-time during Peterborough’s pre-season friendly against West Ham at London Road? You’ll never guess… okay, if you read the headline you might. None other than former heavyweight boxing champion and rapist Iron Mike Tyon. Crazy but true!

Mike took to the mic and admitted that he’d never, ever heard of Peterborough. Wow, he really understands how to appeal to us Brits.

Tyson is in the UK to give a series of talks, including one tonight in Peterborough, as well as make a TV show on pigeon racing – Mike breeds and races pigeons. Crazy but true!

For the record, West Ham won 2-1, thanks to goals by Carlton Cole and teenager Anthony Edgar (Jermain Defoe’s cousin).