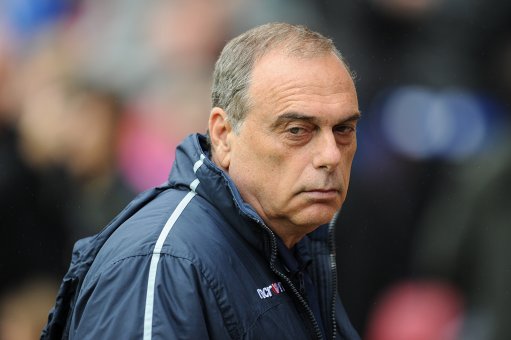 Least surprising/crushingly inevitable news of the morning – West Ham have sacked Avram Grant after the sorry Hammers binned a two-goal half-time lead at Wigan yesterday that eventually saw them relegated from the top flight for the first time in six years.

In other news, the sun has risen in the east this morning, water is still quite wet and fire is very much still burny-burny, hot-hot.

According to several spurious reports, Grant was apparently canned in the Wigan boardroom straight after the game and then had to travel back to London on the team coach. Awkward.

First team coach Kevin Keen will step into the void for what you feel may be West Ham’s final Premier League game for some time, a home tie against Sunderland on the final day of the season.

Time for Chris Hughton to work his magic?

UPDATE: Rumours are now surfacing that Grant may have even been sacked as he made his way down the tunnel at the DW.

The Mail, Guardian and Telegraph all seem to reckon that the Israeli was ‘told of his fate’ as he trudged back to the dressing room.

Sounds fairly over-dramatic, but would you put it past David’s Gold and Sullivan and the delightful Ms Brady to pull a stunt like that? Nope, me neither.