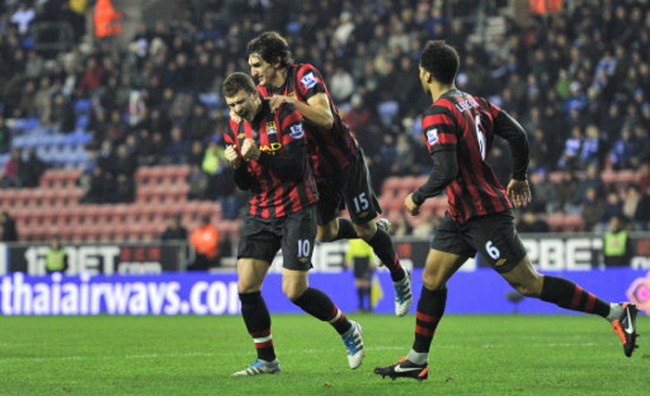 An Edin Dzeko header midway through the first-half was enough to give Manchester City a win at the DW Stadium on Monday night, a victory that puts them three points clear of rivals Man United at the top of the table.

Despite propping up the table, Wigan battled hard against their superior visitors and could have gone ahead early on through Hugo Rodallega. However, it was the season’s best player so far, David Silva, who would eventually set up Dzeko’s goal on the 22-minute mark, floating in a free-kick which was superbly directed goalwards by the big Bosnian’s little forehead.

After the break, the home side once again worked hard to get back into the game, but they still had to rely on goalkeeper Ali Al-Habsi on numerous occasions.

Ultimately thought, it was the Citizens who would take all three points and move clear at the top of the table. The Latics, on the other hand, stay anchored to the bottom.