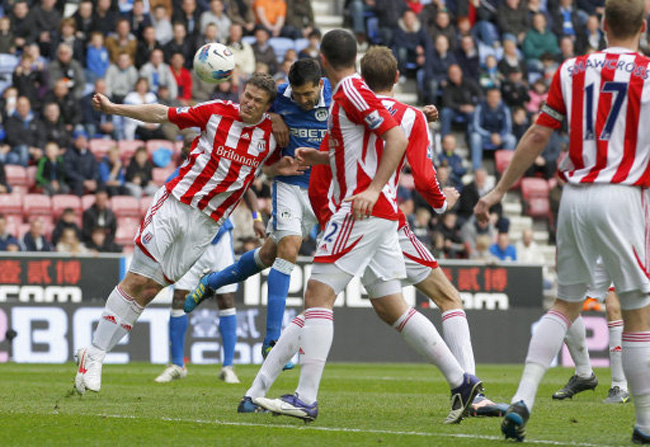 Wigan pulled off a thoroughly vital victory against Stoke at the DW Stadium on Saturday, a result that sees them now level on points with both QPR and Blackburn.

The Latics struggled to create many chances in a first half lacking quality from both sides. However, nine minutes into the second-half, the home side finally opened the scoring when centre-half Antolin Alcaraz powerfully headed home a superb Jean Beausejour cross. Wideman Beausejour was guilty of two horror misses during the game, but his delivery from the flanks somewhat made up for his profligacy in front of goal.

Stoke struggled to get out of first gear and just after the hour mark, Tony Pulis sent on Ricardo Fuller and Wilson Palacios to inject a big of energy into the proceedings. However, it was Wigan who would score again, courtesy of Victor Moses’ last minute strike.

They may still be in the bottom three, but Roberto Martinez and co. now have a real chance of dodging the relegation bullet for another season. Stoke, on the other hand, continue to float about in comfortable mid-table.