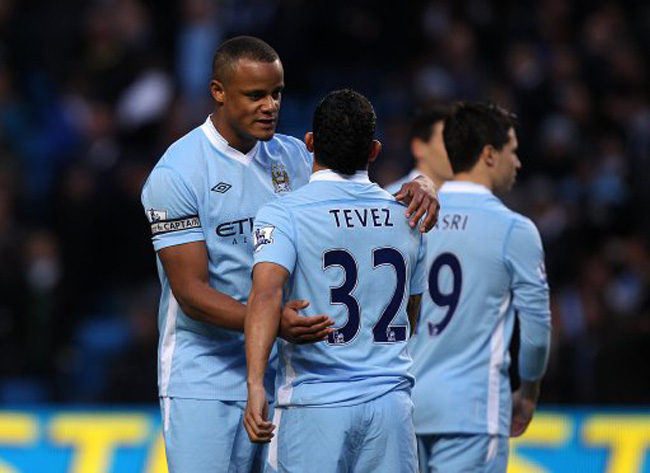 A rather decent win for City at the Etihad here, with a chunky Carlos Tevez starting his first game in yonks and even managing to get on the scoresheet.

Tevez’s fellow countryman bagged a brace while David Silva finally rediscovered his scoring ability (courtesy of a superb chip) to give the Citizens a deserved 4-0 win over the Baggies.

Interestingly, when Tevez scored, he was congratulated by his team-mates while the Etihad gave the bad-boy a standing ovation when he was subbed.

Is the title race back on?