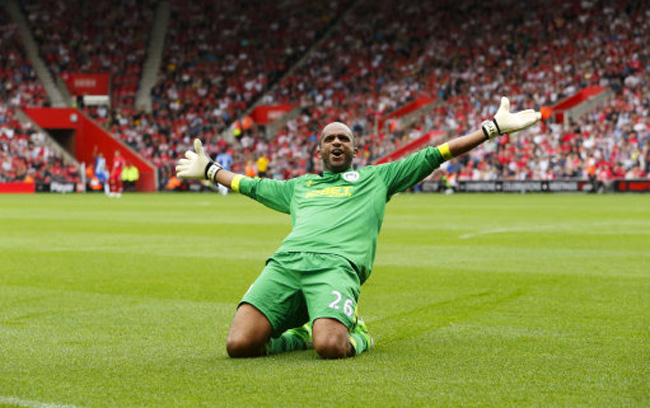 Playing in their first home game in the top tier in seven seasons, the Saints were looking to give their fans something to celebrate. However, an impressive display by visitors Wigan spoiled the party and gave Roberto Martinez’s side a deserved victory.

Adam Lallana (hitting the crossbar) and Rickie Lambert both came close to opening the scoring for the home side. However, it was Argentinian striker Franco Di Santo who would eventually break the deadlock, smashing home on 51 minutes.

New-signing Arune Koné then doubled the lead after the Ivorian muscled Saints defender Jose Fonte off the ball, before firing past Kelvin Davis.

Despite losing Victor Moses to Chelsea, the Latics still look a useful side with Koné sure to get his fair share of goals this season. As for Nigel Adkins and co, they are learning just how unforgiving the top flight can be.