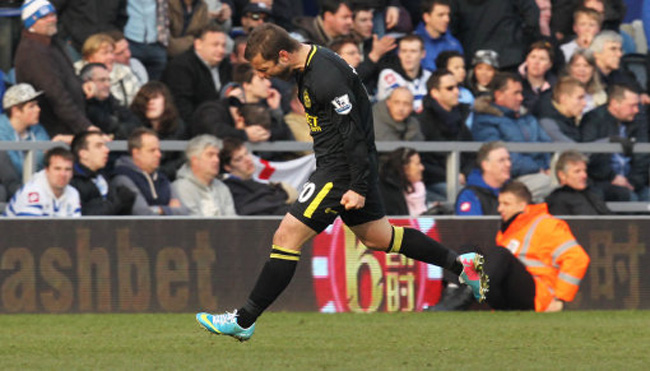 A last-gasp Shaun Maloney free-kick broke Hoops’ hearts on Sunday in what was, according to Harry Redknapp, a ‘must-win’ game for QPR.

The home side were down to 10 men after just 20 minutes, when Bobby Zamora was sent off for a ridiculous high-foot challenge which caught Jordi Gomez on the side of the face. However, the Hoops impressed as the visitors failed to make their one-man-advantage count.

With the game heading for a 0-0 draw, Stephan Mbia broke forward from deep in his own-half  after a Wigan free-kick had been blocked, before teeing up Loic Remy who scored with a thunderous right-footed effort which looked to have sealed a priceless win for the west Londoners.

However, with the game almost over, Mbia pushed Maloney on the edge of the box with the Scottish schemer bending home the resultant free-kick.

Surely Rangers are down and out now while Roberto Martinez’s Latics find themselves in 18th, kept in the drop-zone below Sunderland courtesy only of goal difference.