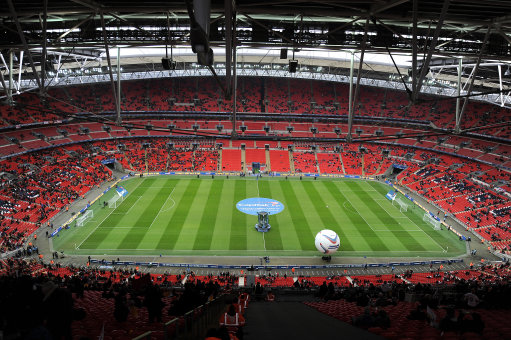 Given that their average Premier League attendance has bobbed around the 17-18,000 mark for the last few years it’s prehaps not altogether surprising, but the FA have announced that Wigan Athletic have so far failed to sell around 10,000 of their 31,000 allocated tickets for Saturday’s FA Cup semi-final against Millwall at Wembley.

With that in mind, the FA have taken the unprecedented step of opening up a zone for 6,000 neutral fans where the Wigan fans should’ve been sat, as well as making a further 1,500 seats available for members of the armed forces.

Millwall, for the record, are expecting to sell their entire batch but, as is, there are still currently expected to be around about 14,000 empty seats come kick-off at Wembley on Saturday.

As we alluded to earlier, Wigan are only above QPR in the “average Premier League attendance” stakes so far this season and are rock bottom in the “average attendance as a percentage of their stadium capacity” table. Once you factor in a 410-mile round trip, it’s perfectly understandable that tickets aren’t exactly selling like recalescent flour and egg-based confections.

Millwall, on the other hand, are based right round the corner.

Anywho, hopefully the FA will do the decent thing and start handing out the rest of the unsold tickets to schoolkids and whatnot, though we can’t imagine for a moment that that kind of straightforward, altruistic sense will prevail given the governing body in question.