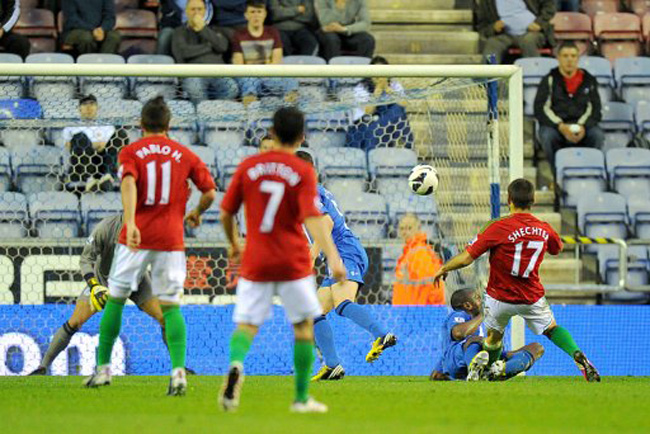 Wigan slid ever closer to the Championship after losing 3-2 at home to Swansea on Monday night.

Roberto Martinez and co. needed a victory to get themselves out of the drop-zone and on the stroke of half-time, Roger Espinoza netted to give the Latics a vital lead.

However, Angel Rangel hit back five minutes into the second half as the Wigan players started to feel the pressure. But the home side did get back in front on 53 minutes, courtesy of Irish midfielder James McCarthy. Yet once again, the Latics failed to hold on to their lead, with youngster Itay Shechter firing home (courtesy of a deflection).

Desperate for victory, Wigan pushed for the winner but instead, it was the visitors who would scored the fifth and final goal of the game, with Dwight Tiendalli netting after some dreadful Wigan defending. And that was that.

While Swansea can look back on a fine, trophy-winning season, Wigan now find themselves three points from safety with just two games remaining. This may well prove to be one escape act too many for Martinez and his men.