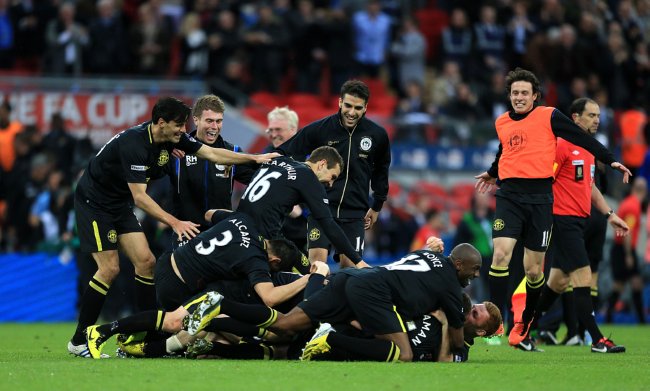 No shock or “upturn for the books” about; The Latics were the best team on the day and deservedly pipped Man City 1-0 thanks to a 90th-minute header from substitute Ben Watson – who finished a grim, injury-hit season as the bloke who scored the winning goal in an FA Cup Final.

Special kudos, too, for a lung-busting performance from Callum McManaman, who ran Gael Clichy ragged all afternoon and was a constant thorn in the City defense’s collective side!