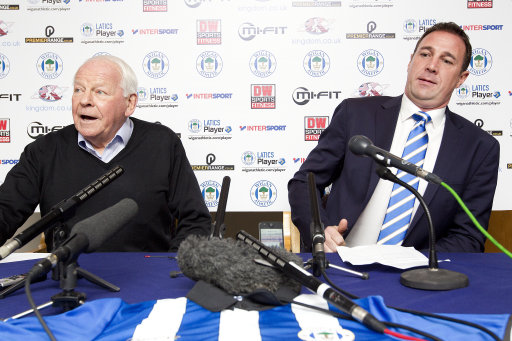 Wigan owner Dave Whelan has once again attempted to apologise for offending everybody and has, once again, promptly made things ten times worse.

Speaking to the Jewish Telegraph of all newspapers, Whelan proceeded to ram his little buckle-up size 7’s down his oesophagus, once again going on the record and making an absolute tit of himself.

Opting for the age-old “some of my best Caribbean holidays were spent in the vicinity of Jewish people” defence, here’s Whelan’s “apology” in full.

“I apologise profusely to anyone who has taken offence because I would never offend the Jewish community under any circumstances.

“I have nothing but respect for them. They’re hard-working people, they’re honest people. They fight for what they believe in.

“There’s nobody could knock the Jewish community. For them to accuse me of that, it hurts me a lot.

“Never have I made anti-Jewish comments.

“We have always, always respected what the Jewish people did, especially through the war.

“We’ve always respected how those Jewish [people] stood up to every single thing they were put through, torture, horrendous.

“And I have nothing but the highest regard and respect for the Jewish people.”

“I wouldn’t like to mention any one of them [but] please take it I have a lot of Jewish friends.

“I bet there are a dozen who have got apartments in Majorca, where I am.

“And so many Jewish people go to Barbados at Christmas. That’s when I go.

“I see a lot of them in the Lone Star, in restaurants. I play golf with a few of them.

“It would be unfair of me because they are good friends.

“They may object to me putting them in a newspaper or in publicity or whatever.”

And here’s where the fun really starts, with Whelan once again standing by his belief that the term “chink” is not really an offensive term for Chinese people as he previously stated in an interview with the Guardian a week or so back.

“When I was growing up we used to call the Chinese ‘chingalings’.

“We weren’t being [disrespectful]. We used to say, ‘we’re going to eat in chingalings’.”