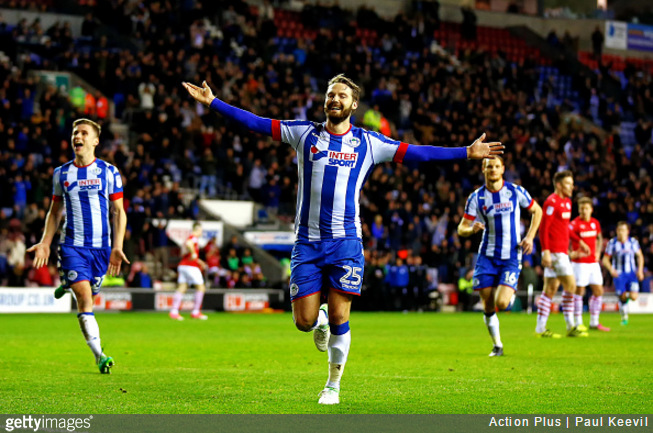 Nick Powell emerged from the bench to score a 10-minute hat-trick as Wigan came from 2-0 down to beat Barnsley in the Championship on Thursday evening.

Having fallen two goals behind on the hour-mark, the Latics sent Powell on for the last 23 minutes and the ex-Manchester United midfielder duly pulled them out of the hole to secure a much-needed three points.

Replacing fellow United old boy Gabriel Obertan in the 66th minute, Powell took just four minutes to get off the mark when he rattled a swerving freekick right through Barnsley ‘keeper Adam Davies.

A close range tap-in saw Powell score his second less than a minute later before an 82nd-minute penalty sealed the hat-trick, the comeback, and the 3-2 victory…

The win rocketed Wigan above Blackburn (on goal difference) and into 22nd place in the Championship, four points behind Bristol City above them.