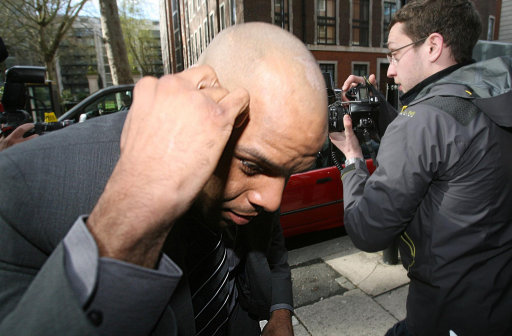 Former Wigan striker Marlon King has been released from prison today after serving nine months of an eighteen-month sentence for sexually assaulting a 20-year-old woman (whom he left needing hospital treatment for a broken nose and a split lip) in a Soho nightclub in December of 2008.

Reports are already circulating that King has been approached by Championship side Coventry City with an offer to resume his football career at the Ricoh Arena, with boss Aidy Boothroyd (who managed King at Watford for three years between 2005-08) admitting to Talksport that his current club are willing to open a line of communication with the disgraced forward;

Marlon King may be an exemplary father and a diligent husband, and you could even argue that he is a perfectly serviceable footballer on his day – but there can be no uncertainty surrounding the fact that he is a complete d*ckhead. 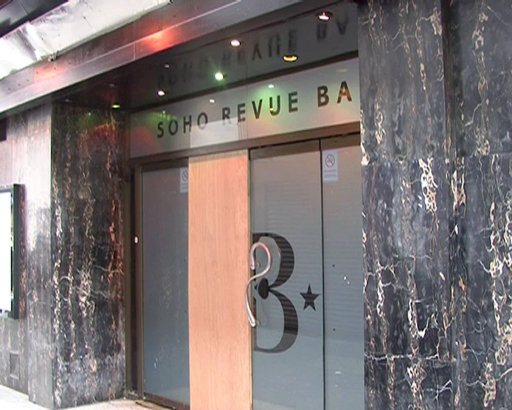 The Soho Revue Bar in London

Since the age of 17, King has been in court on no less than seven occasions over 14 separate offences which range from motoring offenses to violence against women – and since signing his first professional papers with Gillingham back in 2000, King has now been incarcerated twice.

His first prison term came in 2002, whilst still playing for The Gills, when he was jailed for eighteen months after being arrested whilst driving a stolen BMW convertible.

A year after that he was summoned to Bow Street Magistrates’ Court in London on two counts of common assault where the court heard how a taxi driver had called police about a ‘disturbance’ he had witnessed in Soho. When officers arrived at the scene they were greeted by the sight of an inebriated King chasing two women along the road with a belt buckle wrapped round his right fist.

One of the girls explained that King had attacked the pair ‘for no apparent reason’, punching her in the face and causing cuts and swelling. He was then fined £1,000 by the court and ordered to pay £500 in compensation to each of the victims.

King’s most recent appearance in court (before his latest conviction) was in 2005, when he was convicted of ‘threatening behaviour’ for approaching and spitting at a woman in Leicester Square, again ‘for no apparent reason’. He was fined £300, and again ordered to pay £500 in compensation. 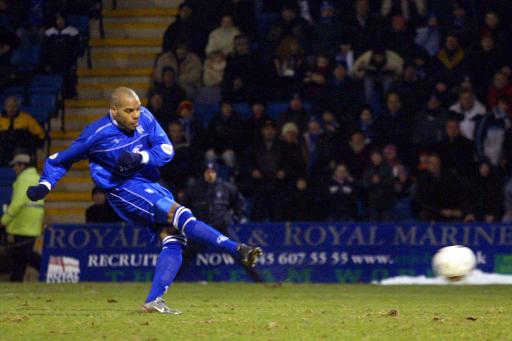 King in his Gillingham days

I had the misfortune of catching King’s agent (and former teammate at Barnet), Tony Finnigan, speaking at length on Sky Sports News this afternoon about his client’s continual misrepresentation as some kind of misogynist tyrant – although I’d suggest that a quick leaf through his various rap sheets would offer up a pretty damning character reference.

Finnigan, like any good agent, had one eye on his prospective ‘cut’ and was vehemently defending his wrongfully besieged ‘friend’ (“a lot of other players have gotten away with a lot worse”) whilst subtly advertising his footballing virtues to any interested parties that may have been out there listening – a display that made for some pretty cringe-inducing viewing.

It is quite clear that King has some potent behavioural issues that stem way back, possibly to childhood – I don’t know or care to find out, I’ve given him quite enough of my time already.

However, anyone who has systematically (and, more often than not, violently) bitten the hand that has fed him now, after being bestowed with the enviable privilege of forging a career in top-flight professional football, deserves the kind of salubrious life that such a ‘job’ would allow him.

So to finally come back to my original question, does Marlon King (who, lest we forget, is now on the sex offenders register) deserve another chance? Does he f*ck.