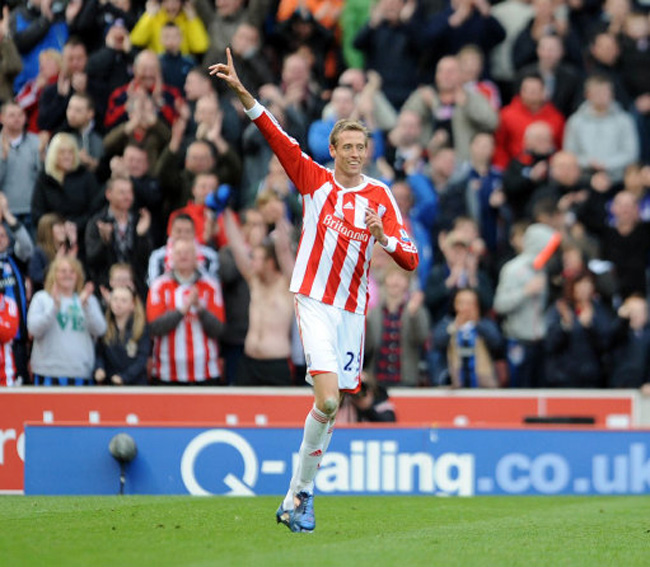 Wolves’ look to be headed for the Championship after another disappointing defeat, this time coming at the Britannia Stadium. To be fair, playing Stoke away is never an easy fixture no matter who you are, but Terry Connor’s side desperately needed the points as their dream of a great escape continues to fade.

With Bolton, Blackburn and Wigan all losing earlier in the day, Wolves had a great opportunity to close the gap on the other relegation-threatened sides, and after just 26 minutes things got even better for visitors, when Stoke ‘keeper Asmir Begovic misjudged a Michael Kightly ball into the box and let it sail into the net.

However, just 11 minutes later, the Potters were level, courtesy of a Robert Huth strike after a clever knock-down from Ryan Shawcross.

Both Kightly and Matt Jarvis impressed down the flanks for Wolves but they just couldn’t make the breakthrough in a game which, rather predictably, lacked quality.

Eventually the in-form Peter Crouch made it 2-1 to Stoke (on the hour mark), courtesy of a superb looping header, a goal which condemned Wolves to yet another defeat.

While Stoke stay in mid-table, Wolves are now six points adrift of safety, with just six games left to play.