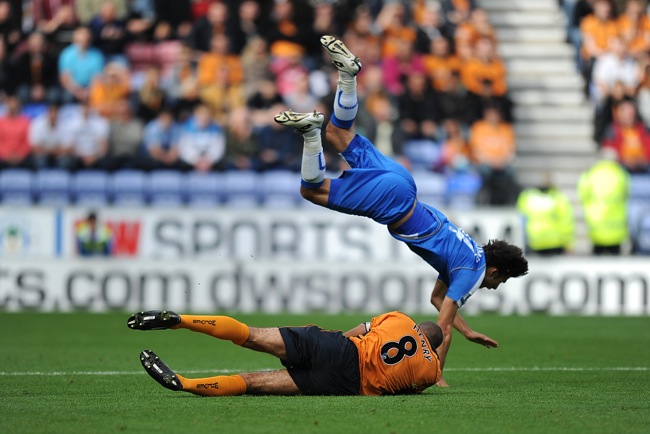 Mick McCarthy’s Wolves are officially the dirtiest team in the Premier League this season, with 114 fouls, 20 yellow cards and two red cards for their shame. So when Mick next ducks a journalist’s question about his team’s penchant for aggressive tackling, you’ll know it’s not because there’s a media conspiracy against the less fashionable Premier League clubs; it’s because the less fashionable clubs (Wolves, Stoke, Bolton etc.) tend to concede many more fouls than the big clubs. Fact. That said, I feel I should point out that Arsenal and Stoke – often portrayed as being at opposite ends of the football spectrum – have both conceded 86 fouls so far this season.

League leaders Chelsea also top the Fair Play table, with 66 fouls, 10 yellows and no reds. Compare that to Wolves’ atrocious record and draw your own conclusions.

Finally, of the four teams that have conceded more than 100 fouls so far, none is from London. The culprits: Wolves (114), Aston Villa (118), Newcastle (102), Blackburn (100). Which may give some substance to the cliché of the Soft Southern Bastard.

GIF Of The Day: Mick McCarthy Loves One In The Hole