Stoke barrelled past Wolves with a fantastic display at the Britannia last night, dominating the fixture from the off with wave upon wave of direct attacking football and deservedly running out as comfortable 3-0 winners.

Kenwyne Jones, Ryan Shawcross and Jermaine Pennant all registered for Stoke but there was one blot on the Potters’ copybook, and a fairly major blot at that – spring-heeled winger Matthew Etherington twanged his hamstring after half-an-hour and now looks set to miss the FA Cup final against Manchester City in two(ish)-week’s time.

As well as pushing Stoke into ninth spot above Newcastle, the result also leaves Wolves (their 13th away defeat in 17 games) entrenched in the bottom three with no semblance of form and only four games left to haul themselves out of the mire. 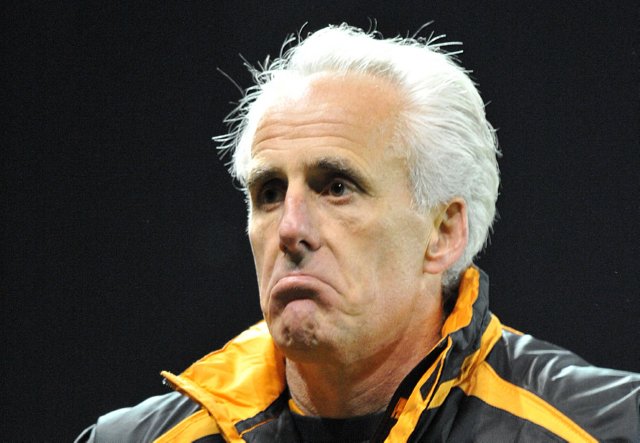 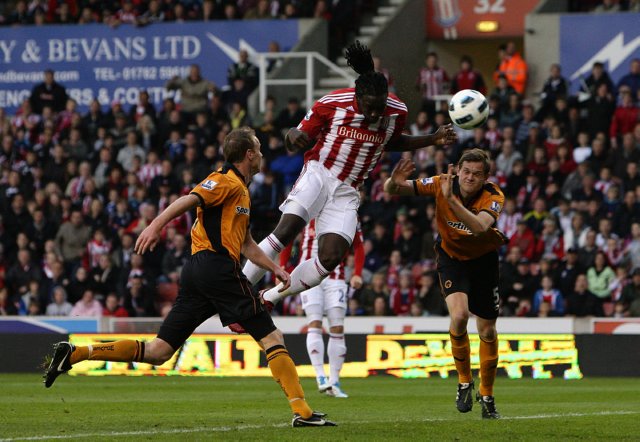 Kenwyne Jones puts Stoke ahead with a powerful header… 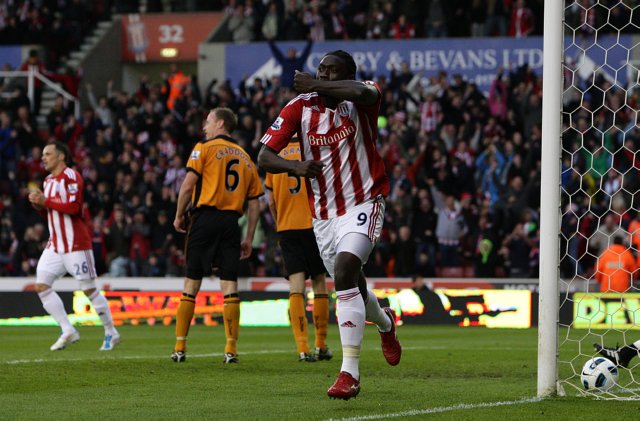 …then wheels away in celebration 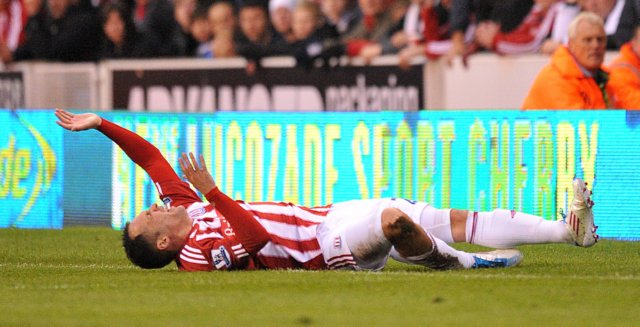 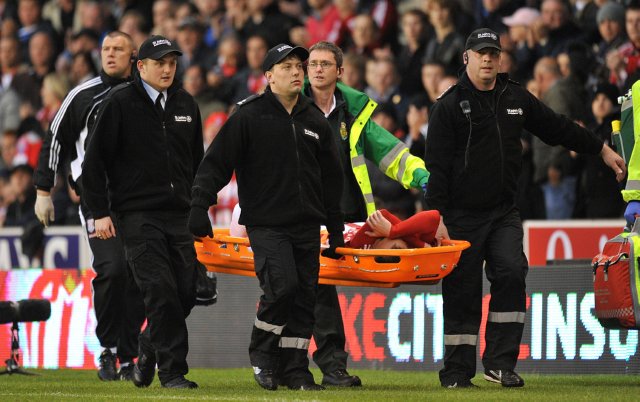 …before being stretchered off 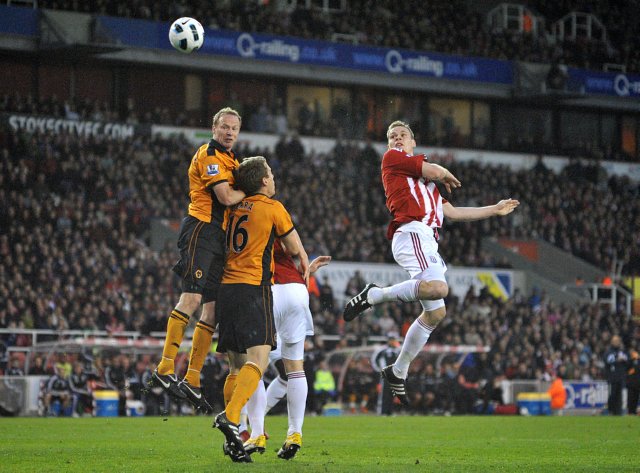 Ryan Shawcross rises high to steer an attempt on goal 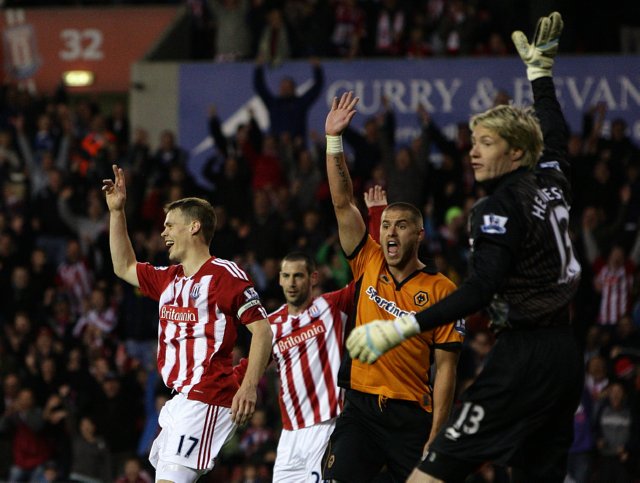 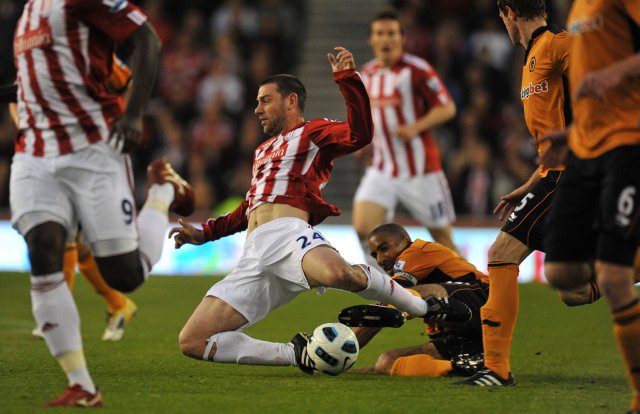 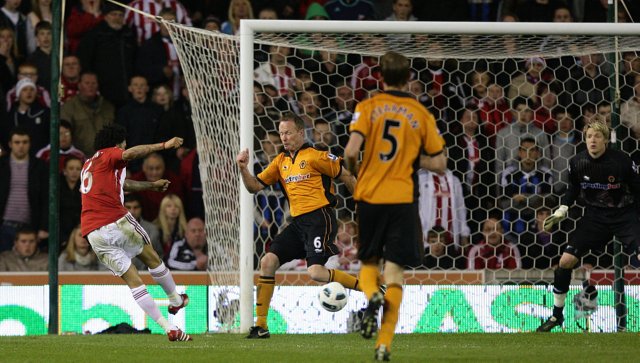 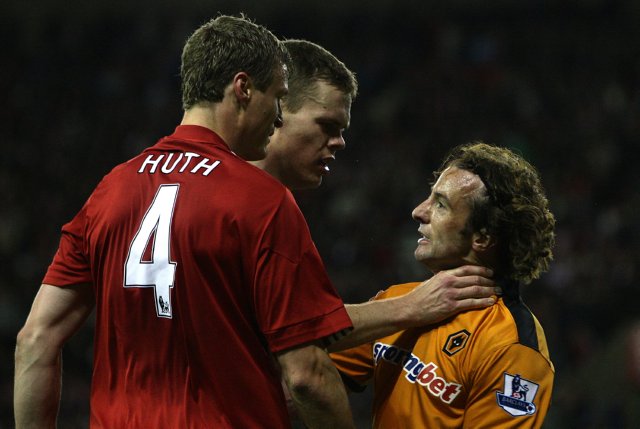