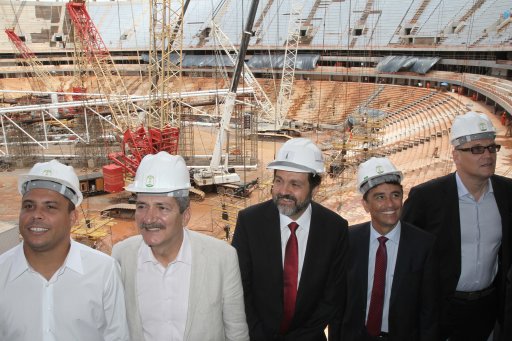 “Thank-you for coming along Mr Ronaldo, now if we could just measure your arse?”

Brazilian authorities have inserted a number of ‘double wide’ seats into the stadiums being built for the 2014 World Cup so that even the most portly of fans can watch the tournament from the stands in comfort. 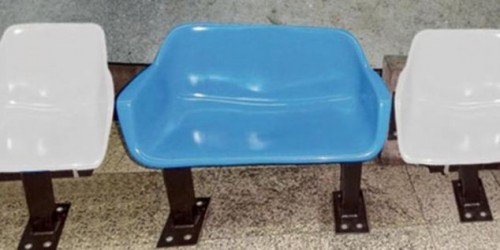 For example, there are 120 of the XXL seats at the 64,000-capacity Castelao stadium in Fortaleza – one of only two stadiums which have actually reopened since redevelopment began ahead of the World Cup next summer.

The seats are actually mandatory under Brazilian disability laws (it’s a legal requirement that at least 1% of the total seating must be set aside for heifers) , though that doesn’t stop them being double the price of a normal seat .