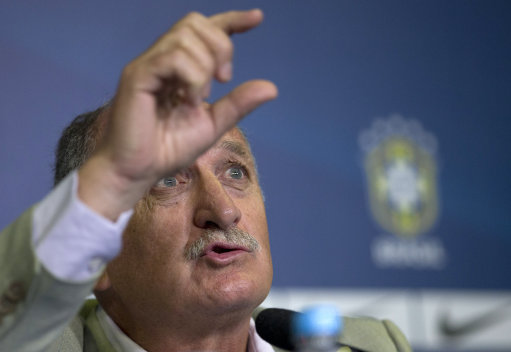 With the 2014 World Cup beginning to crown on the horizon, Brazil coach Luis Felipe Scolari has admitted that while he’s not overly worried about his players engaging in sexy times during the tournament, he is taking a firm zero-tolerance stance against them attempting anything too “acrobatic” in the boudoir.

Asked at a press conference in Lisbon on Monday whether or not he is planning to ban the act of physical union in the Brazil camp during the competition, Scolari reportedly replied:

“The players can have normal sex during the World Cup. Usually normal sex is done in balanced way, but some like to perform acrobatics.

“We will put limits and survey the players.”

Fair enough, though that’s definitely a survey we’d love to see the results of – though purely in the interests of professional journalistic curiosity, you understand.