Our buddies over at the Cambridge University Press (one of, if not the world’s foremost language research authorities) have been busying themselves over the past few days, conducting a study into the words most used to describe each of the 32 nations competing at the 2014 World Cup.

By using the Cambridge English Corpus, a multi-billion word database of written and spoken English language from a huge range of media sources, the crack Cambridge team spent the few weeks analysing and assessing the millions of words used in relation to the World Cup by over 15,000 football-specific online sources in order to produce a chart showing the three most often used words to describe each team.

This be that (Uruguay’s entry is hilarious!!)… 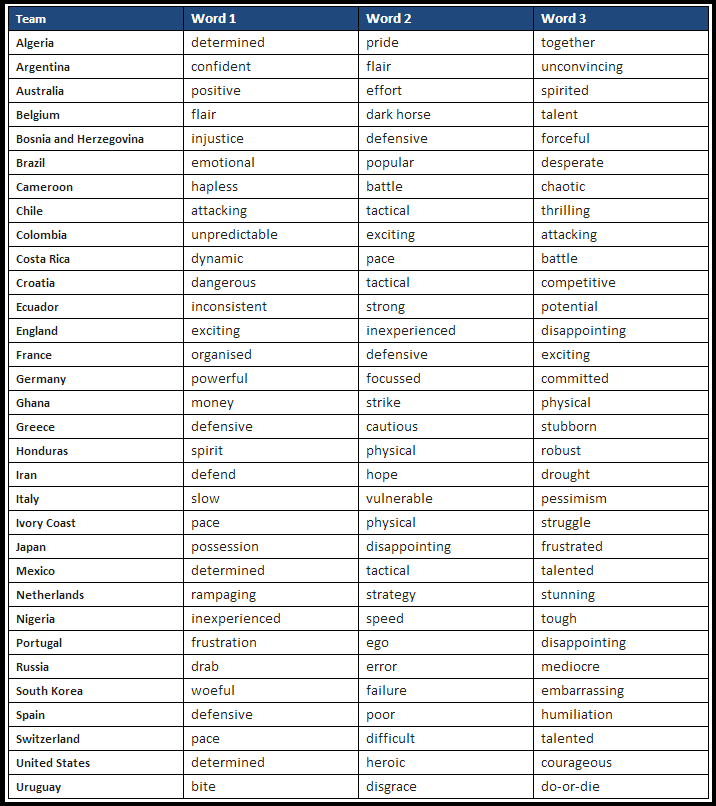 Interesting stuff, but “England: exciting”? Come on, pull the other one guys!

How about “moribund”, “dreary” and “chronically constipated”?