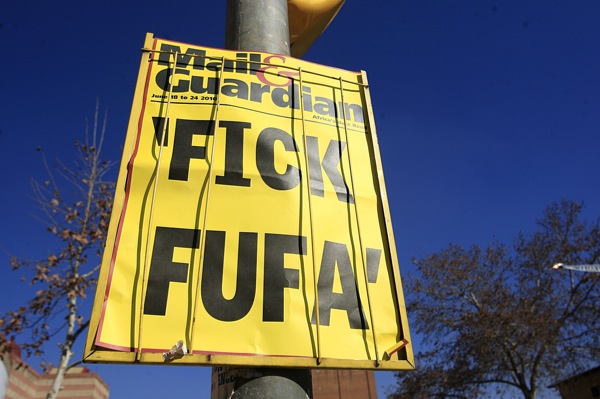 A South African newspaper headline reads ‘Fick Fufa’ on a post outside Ellis Park. The newspaper explains the thinking:

“That’s the latest satirical dig at the world soccer body in a growing flood of impatience with Fifa’s draconian branding rules and its mafia-like control of the country’s public spaces.

“The ‘Fick Fufa’ T-shirts now to be seen on the streets are the work of a Cape Town-based artist who told the Mail & Guardian they express his frustration with Fifa’s domination of the country.”