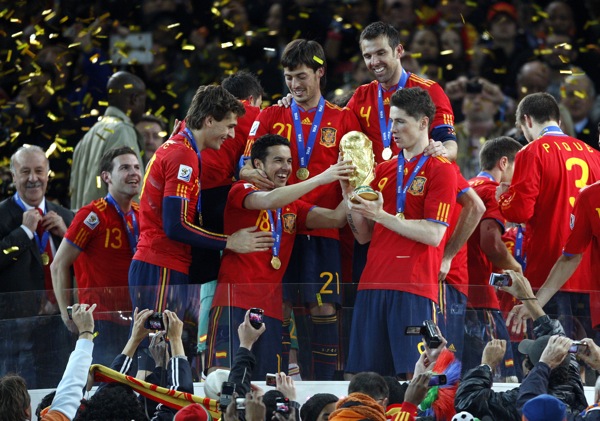 In terms of viewing figures for Sunday’s World Cup final, the BBC handed ITV its arse, with almost five times as many people choosing Gary Lineker over Adrian Chiles.

I’m not sure the reason for this predictable defeat for ITV has much, if anything to do with the quality of its coverage; ITV anchor Adrian Chiles has had a decent tournament, and his banter with regular pundit Gareth Southgate – who has had a very good World Cup – is more enjoyable than the 19th-hole waffle coming from Leicester’s top crisp salesman and the two Alans. As for the commentators, they’re a bit uninspiring on both sides.

No, people choose the BBC because there aren’t any commercial breaks to sit through. Simple. As long as the Beeb remains ad free, there’s no way ITV can win this battle.