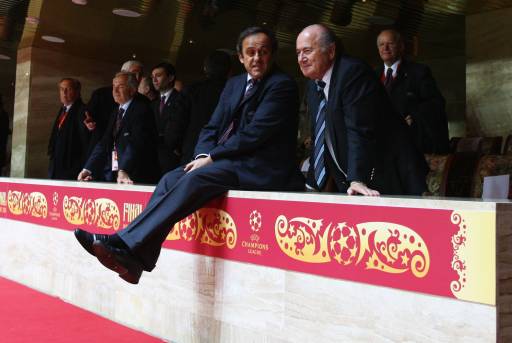 “You know the options Sepp, December or I’ll jump”

FIFA honcho Sepp Blatter has backed the calls of UEFA president Michel Platini and Germany’s ExCo representative Franz Beckenbauer, who have both suggested that the 2022 Qatar World Cup should be held during the winter in a bid to combat the Arabian country’s searing 50°c summer heat.

Speaking at a news conference in Abu Dhabi, Blatter told the gathered press:

“I definitely support the idea to play in winter here. It is important to play when the climate is appropriate and I’m thinking about the footballers, not only the fans but the actors.”

Qatar have not filed a request to change the timing of the tournament from it’s traditional June/July pitching, instead choosing to pursue the option of air-conditioning all of the stadiums and training pitches.