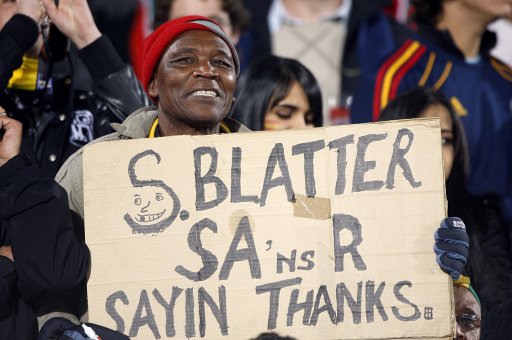 Have you been to South Africa recently? No, neither have FIFA.

Turns out that, since ol’ Sepp’s World Cup bandwagon rolled out of town last summer, the country has had a fair old struggle on it’s hands to find suitable uses for the $1.5 billion’s worth of new stadiums and facilities it constructed and renovated in the build-up to the 2010 tournament.

At the very least, the South African authorities can take heart in the fact that their good buddies over at FIFA are not suffering from the same ‘white elephant’-induced financial buggery with the news that the last World Cup has seen the organisation’s reserve coffers swell to a rude $1.2 billion.

Speaking at a conference in Khartoum, president Sepp Blatter delivered the good word to Africa’s footballing bigwigs that FIFA’s 2010 financial results were better than the 2006 World Cup hosted by Germany and that the ‘non-profit’ governing body now has enough money held back to sustain itself for 18 months should a future World Cup be cancelled for any reason – how very reassuring.

Anyone else get the feeling that it’s only a matter of time before Sepp unleashes his new personal army of bung-harvesting cyborgs on the rest of humankind?