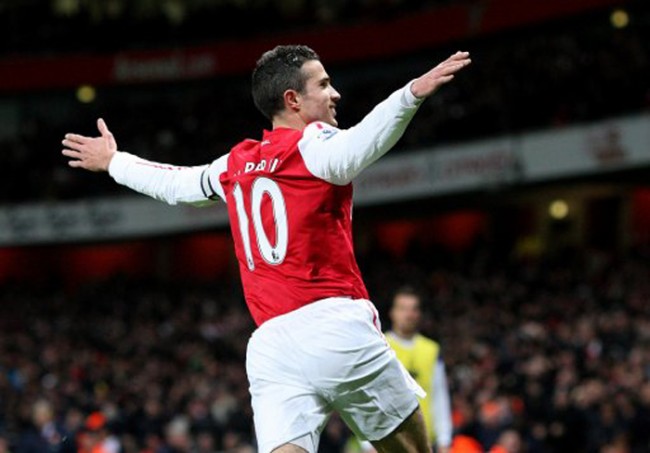 “One-nil to the Arsenal” – While that score is more reminiscent of the George Graham era in north London than the current Arsene Wenger regime, it did somehow seem rather apt on a day that the Gunners celebrated 125 years of existence.

The game against Everton was preceeded by a procession of ex-Arsenal legends but it was the Gunners’ current superstar, Robin van Persie, who secured all three points for the home side, volleying home superbly with 70 minutes on the clock.

Indeed, if it hadn’t been for some woeful profligacy from the likes of Gervinho, Aaron Ramsey and Theo Walcott, Arsenal could have racked up a far more convincing score against an Everton side who showed little attacking intent.

Following van Persie’s strike, which makes it 33 in the calender year for the Dutchman (just three behind record-holder Alan Shearer’s 36-goal haul), the Toffees did have a superb chance to level the scores with substitute Connor McAleny firing inches past the Arsenal upright.

Still, Arsenal held on to make it seven wins in eight games, a run of form which sees them leap-frop Chelsea into fourth place (at least until Monday).  David Moyes’ Everton side, on the other hand, have now lost four of their last six league games, with a striker desperately needed in January.