As our friends at Anorak pointed out, the tabloids went crazy over Robin van Persie’s ankle injury. At first, I thought he was dead, or worse, out for the season.

On Sunday the odious Mail delivered its lead sports story: 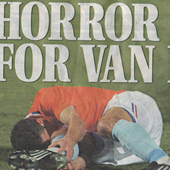 So horrible was the injury that the back page featured the player clutching his ankle. The ‘story’ was bigger even than England’s game against Brazil and England’s rugby union players’ dreary grind against Argentina at Twickers.

And on Monday, The Sun featured the news on its lead sports page:

“Wenger torn to pieces… Arsenal’s star striker could be out for the ENTIRE season.”

But then, as if by magic, Van Persie rose again…

In the Daily Express, the news was not so terribly, terribly awful:

“Robin Van Persie was ruled out for up to three months.”

That’s more like it, nervous Gooners thought, but still – three months is probably enough to f**k up our title chances.

Then in the Mail, which one day on from that talk of a “broken ankle” and “horror injury” hears Van Persie say:

“I will be out for four to six weeks.”

Tomorrow, expect Van Persie to be announced fit for Arsenal’s next game. 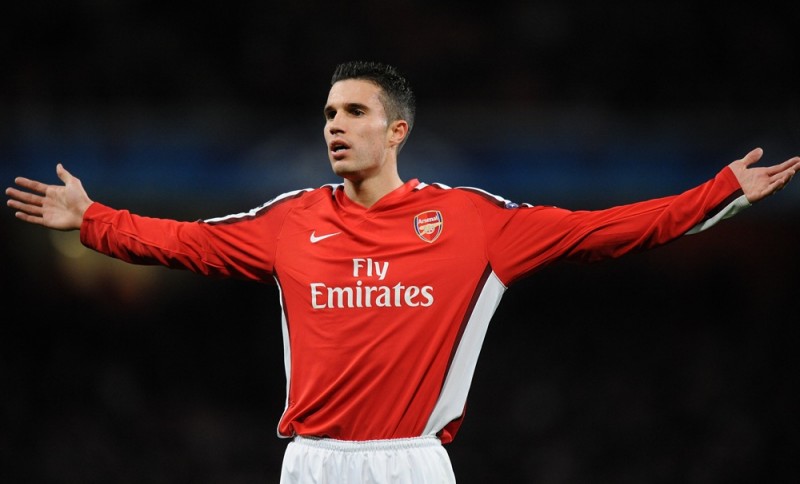 RvP: died for all our sins

Lesson learned: before believing the tabloids, take a deep breath and wait for the truth to emerge. It’s usually a lot less worse than the scaremongs make out.

Even as a Spurs fan, I wasn’t happy to hear about RvP’s injury – I want a good title race, and Arsenal need him to make it at least a three-horse race.