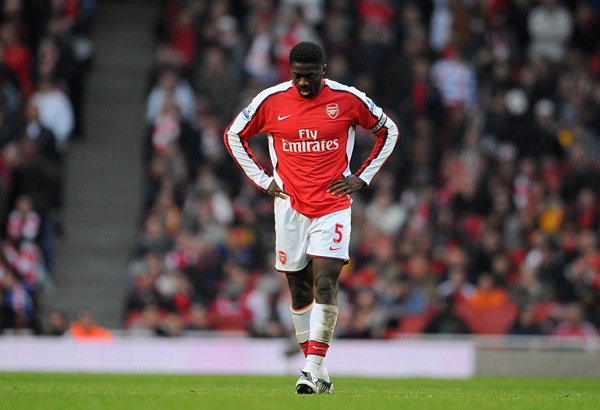 Kolo Toure has revealed that a falling-out with an Arsenal team-mate contributed to his summer move to Manchester City. The Ivorian also suggested that his lack of playing time for the Gunners last season was the result of dubious tactics from the aforementioned team-mate, who he refused to name.

“I had problems with certain players at Arsenal, especially one, whose name I will not say because I don’t want to feed the controversy,” Toure told Eurogoals.

“I didn’t have much time on the pitch last year because I think there’s a player who got the manager believing that he and I had no understanding on the field. That did surprise me hugely… I have never looked to put a spoke in anyone’s wheel at all.

“My wish was to finish my career at Arsenal, but there are always banana skins.”

So – who was Kolo’s nemesis at Arsenal? Answers on a postcard please…