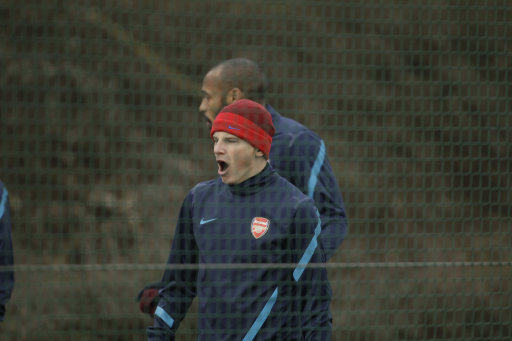 Andrei Arshavin came to Arsenal in 2009 on the back of a superb Euro 2008 for the diminutive Russian.  The playmaker started well with the Gunners, hitting his peak in April of his first year with the north Londoners, courtesy of that famous four-goal haul at Anfield in the league.

However, forced to play on the left side of a three-pronged attack by Arsene Wenger, Arshavin’s form started to dip, with his apparent lack of a work ethic not endearing him to the Emirates faithful. Failing to secure a regular starting berth any more, things hit rock bottom for the Russian when he replaced Alex Oxlade-Chamerlain in the second-half against Manchester United last month, only for the decision to be roundly booed by the home fans.

Now, however, it looks as though the 30-year-old misfit is finally on his way back to former club Zenit St. Petersburg in a loan deal which should be completed just before the end of the Russian loan transfer window, which closes tonight (24th February). It is reported that the deal will see the Russian side pay Arsenal a fee of around £1million, which will no doubt make Wenger very happy as he tries to win his very own imaginary “who has the healthiest balance-sheet” league.

However, while Arshavin has disappointed for the Gunners this season, surely Arsenal need all the players they can get if they are to secure that all-important Champions League spot come May?