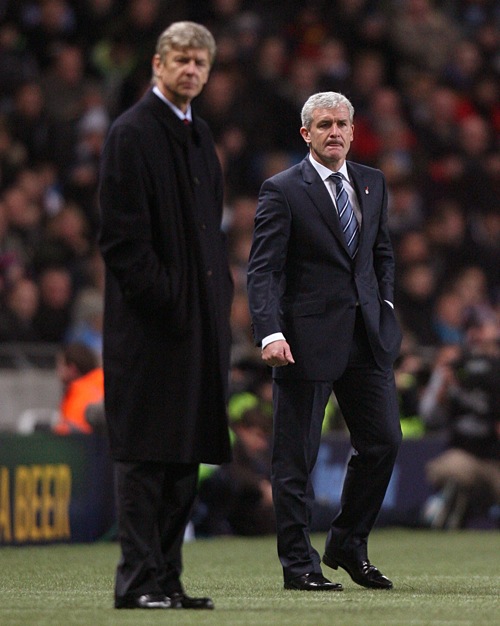 “I did not see the manager…”

After Arsenal’s ‘kids’ lost 3-0 to Man City in the League Cup quarter final, Arsene Wenger stormed off down the tunnel at Eastlands without – shock, horror! – shaking hands with Mark Hughes.

This is the perfect ammo for the tabloids to have a xenophobic pop at “rude, ungracious Wenger”, and while the Gunners’ gaffer should have risen above Sparky’s aggressive touchline behaviour, I can understand his frustration at being beaten by the team that poached Adebyor and Toure from under his nose.

“There’s a certain protocol you should go through… he should have been a little bit more gracious,” Hughes said after the game, no doubt trying not to grin his arse off.

For his part, Wenger said “I’m free to shake hands with whoever I wish”, before going on to slag off the League Cup as a trophy not worth shouting about. Not now it’s not.

More on the game tomorrow, of course. For now though, do you think Wenger is being a silly arsehead or is he entitled to storm off down the tunnel swearing in French?