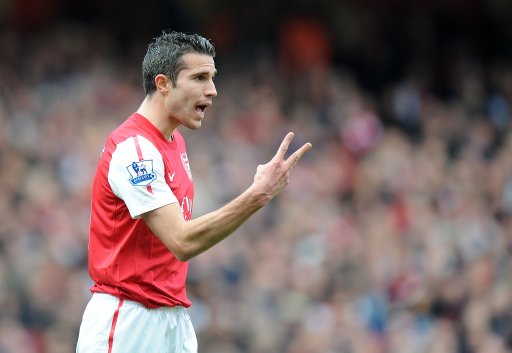 “That’s two trophies more than the rest of you Gunners have won!”

Coming hot on the heels of his PFA Player of the Year triumph, Arsenal’s Robin van Persie has made it two awards out of two by bagging the Football Writers’ prize.

The Dutchman won the vast majority of the votes, with Wayne Rooney taking second place, Paul Scholes third (despite only returning to the Manchester United first-string in January) and Clint Dempsey fourth.

Steve Bates, chief football writer at the People, and chairman of the Football Writers’ Association said:

“Robin was the overwhelming choice of our members this season and deservedly so after a magnificent campaign for Arsenal. The quality of his goals, attacking movement and consistency in a turbulent season for the Gunners has been eye-catching.”

“The considerable size of his majority in the votes cast by our members reflected the general view that he has been the season’s most outstanding individual performer.”

In winning both major individual awards in the same season, Van Persie follows in the footsteps of a (mostly) illustrious group of footballers (see below). The question now remains, however, will the Gunners be able to hold on to the striker for much longer?

Previous winners of both PFA and FWA awards: